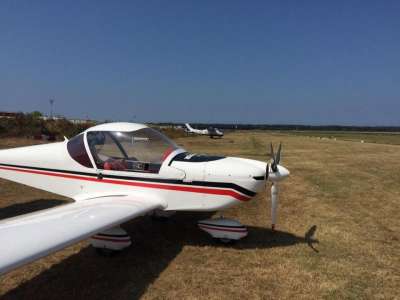 The Porta della Maremma airfield (LIQG-LI-05) is located in Cecina, in the locality of Il Cedrino.

The aeronautical reality of Cecina dates back to 1925, the year in which the runway was opened in the locality of Paduletto, then called “Il Paiolo”. During the II World War the Cecina track called “Campo di Fortuna” played a strategic role, both for the Axis Forces and, subsequently, as an operational base of the American Army but in 1945 it was abandoned.

In 1987, the Club named after Enore Belcari, one of the founders, was established, and only in 1991 by the will of a few enthusiasts was the runway reopened and revived to the Cecinese Aeronautical tradition. Currently the Cecina Airfield, called “Porta della Maremma”, thanks to the concession of the Military Property, is located exactly in the area of ​​origin “EX Campo di Fortuna”.

The avioclub currently has 50 members who are responsible for making the structure efficient at any time of the year with the possibility of hosting 40 aircraft, 35 of which are members of the Club itself. The Club collaborates with the Ulm school of the Pisa Valdera areoclub.

The staff is present on weekends or after telephone contact:

► Tourist Office Cecina Mare Piazza Sant’Andrea – tel. 0586/620678 (also open out of season on the occasion of holidays and bridges) For more information, during the opening periods, it is always advisable to consult...
🔍